Peak Climbing in Nepal, the best of its kind you can do anywhere in the world, with the country known as ‘The Himalayan Kingdom’ consisting of 1310 identified Himalayan Peaks
Contact us more information 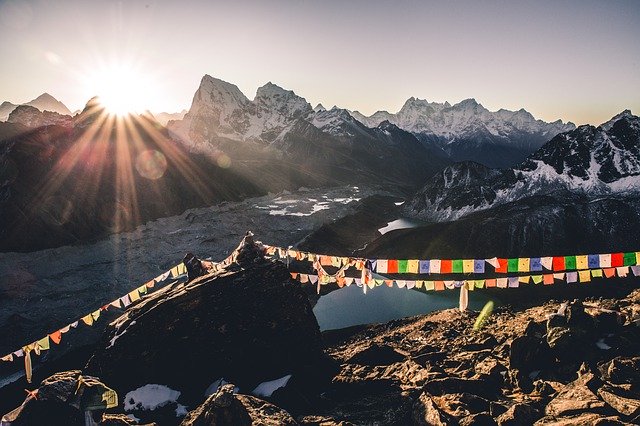 Peak Climbing in Nepal, the best of its kind you can do anywhere in the world, with the country known as ‘The Himalayan Kingdom’ consisting of 1310 identified Himalayan Peaks ranging over 6000 and includes 8 of the 14 highest peaks in the World. The Himalayas at sky high is a paradise for any peak climbers who wish to conquer the height on their foot. The country is the perfect and unquestionably the best destination for climbers and mountaineers testing their skills and endurance and completing their desire of glory on these high mountains. From the world’s highest landscape of Mt. Everest (8848m) to the 325 other peaks opened for climbing, the level of endurance and will tested in the trip is more than you would think of and the glory of completion is priceless.

Peak climbing expedition is both technically and physically over challenging which requires a considerable climbing skills and fitness. The consideration of height must be done before climbing as it will make the acclimatization easier and more effort can be made on climbing rather than struggling with the brutality of combating against the altitude and the extreme weather.

Nepal is the favorite destination for mountaineers from all around the world with more than 600 expedition take place yearly. From the time the country has opened its peak to the climbers in 1949, the Himalayas in Nepal has become a theater for many success and failure, motivating many men and women around the world to come and glorify themselves. From the first highest climb of Mt. Everest by Sir Edmund Hillary and Tenzing Norgay Sherpa, the peak climbing Nepal has always been the ultimate challenging activity in the world.

The most popular expedition peaks in Nepal are Island Peak, Mera Peak, Ramdung Peak, Paldoor Peak, Thamserku Peak and Lobuche East Peak, in Everest region. Naya Kanga & Yala Peak in Langtang region and Pisang Peak, Singu Chuli Peak, Tharpu Chuli Peak, Chulu East, Chulu West, Dhampus Peak any more. With the help of our experienced and strong Sherpas, mountain guides and well-equipped trekking crew with highest level of professionalism and quality and safety, Nepal has been encouraging the peak climbers from around the world with all of its best.