Kathmandu Chitwan Pokhara Tour puts together natural, cultural, wildlife experience making your trip in this wonderful country as superb as it sounds.
Contact us for pricing 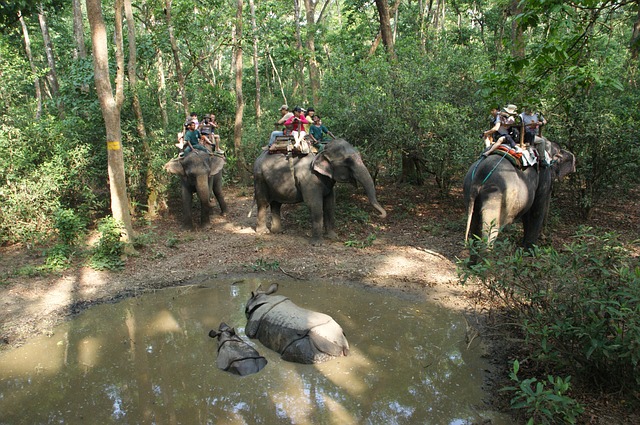 Kathmandu Chitwan Pokhara Tour puts together the natural, cultural and wildlife experience for you making your trip in this wonderful country as superb as it sounds. The tour begins from the valley of Gods, Kathmandu Valley, which serves as the economic core, cultural centre, historical book, diversified religious practices and cosmopolitan destination for this marvelous country Nepal.It tour represent Nepal’s historical, cultural, religious, geographical, and Natural diversity. It offers many Hindus Temple, Durbar Square; animal activities in Jungle,and Mountain range in the north side can be seen shadow of them in the Lake. So the tour is combined of religious tour, cultural tour, Natural beauty, and historical tours.

Kathmandu is the capital city of Nepal with a remarkable history. Here we visit most of heritage sites which are declared by UNISCO. Pashupati Nath, Baudha nath, Swayambunath(monkey Temple) hindu and budda shrine places and Kathmandu, Patan and Bhanktapur Durbar square that historical monument are listed as world heritage sites. The other important things are that between hundred meters distance can be seen minimum a temple or Stupa.

Pokhara is located north from west from Kathmandu. In this package Pokhara is our second and important destination. It is called capital of natural beauty. In the north, panoramic view of mountains that can be seen from the city. Phewa Lake, Divid’s fall, Gupteshwor cave, Bindabasini temple, Seti River gorge, Sarangkot view point etc. are major target point of this package.The city is entree point of Annapurna Base camp trek, Poon Hill trek, Jomsomsom Muktinath trek,Annapurna round trek and other hiking like- Panchase, Dhampus,Nagdanda etc. Zip flyer, Paragliding, boating and rafting packages also availabe in Pokhara.

Our final destination in this package is Chitwan Jungle Safari. The place Chitwan is geographically plain land and tropical climate and home of wild animals. The place declared as a nationalpark covering an area of 952.63 square kilometer, is home of one horn Rhino and the Bengal Tiger. Here we have opportunity to observe various spices of Bird, Butterfly, and animal.The river, which is flown inside the national park, is one of the best option to have boating and see the Ghadiyal crocodile and other animals as well.

After breakfast take you to Bhaktapur durbar square for sightseeing then back to Hotel. In the evenning explore Thamel (B)

Mountain flight (Optional) After breakfast go to city tour- Pashupati Nath, Baudh Nath, Swaymbhu Nath and Patan Durbar Square then drop to hotel, visit your self in Thamel, in the evening go to typical dinner party at cultural restaurant

After brekfast drive to Pokhara and relax at Lakeside hotel(B)

After breakfast drive to Chitwan.After Lunch at hotel, go to Tharu village tour, bird watching and evenning Tharu cultur program.At the evenning we take dinner in the hotel.(L D)

Early in the morning, we go to cannoning in the Rapti River, Elephant breeding center, and in the evenning go to elephant riding (B L D)

After brekfast drive to Kathmandu and drop to hotel

Drop to airport for final departure