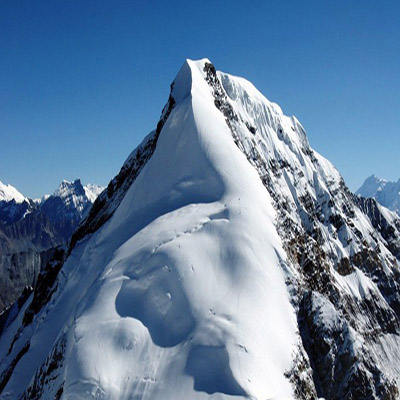 The first ascend of this peak was made by German in 1955 via the northeast ridge and since then this peak climbing has been a highlight in Annapurna Region as it also forms an integral part of Manang Himal. The climbing’s major section is devoted to rope using and glacial crossing which needs a climber to be well trained in activities like using crampons, harness ice axe, tying knots and handling climbing ropes.

The expedition starts with a trip to Dumre through drive and then we trek up to the Marshangdi Valley. The trail is accompanied by diversified flora and fauna of the Annapurna Region till we reach Chulu East Peak, making the trail among the best among its type. The initial of this interesting trip is as we depart from Kathmandu to Besi Sahar via Dumre following the Annapurna Circuit Trail that takes us to the peak in a week time. Along the route, we plan the climbing and our guide will tell you about the place that will increase your excitement more and more. The excitement doesn’t however end just after climbing; we pass through the highest pass in the world, Thorong La Pass to the holy region of Muktinath, another part of Annapurna Region and then to the beautiful Jomsom where an awesome 20 min scenic flight to Pokhara will be waiting for us.