Bird Watching Tour in Nepal is the ultimate package for bird lovers to watch the beautiful birds and their colors and their study; the birds living in hilly region to the plains of Nepal.
Contact us for pricing 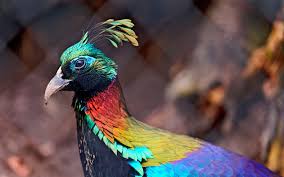 About Bird Watching Tour in Nepal in detail:

Filming and Photography Tour in Nepal; not only blessed with beautiful snow-capped mountains, crystal-clear lakes, gushing rivers, rare variety of flora and fauna, varied culture and traditions, mysterious valleys full of myths, sacred temples, monasteries and stupas but also its exotic feature acting as a Shangri-La where people come in a hope to get a glimpse of Yeti; a mysterious snow legend or even in a quest for enlightenment; in all possible ways the best place to find a perfect story and feel for films or photography. Every year many documentary filmmakers and photographers come here to capture the cultural riches, traditional distinctiveness and the geographical blessing of this country with some just to capture the rare natural beauty and untouched locales of land which Nepal provides them abundantly. Many large scale productions have been shot in Nepal and some even Oscar nominated, like the movie Caravan, portraying the fortitude of people living against unfavorable natural conditions in the valley of Dolpo and also capturing the majestic Himalayas and lakes. Films like The Little Buddha and The Golden Child have captured the glorious past, the varied landscape, cultural heritage riches and architectural magnificence of the land, showing the unseen and motivating feature of Nepal at its best. Also numerous Bollywood movies have been shot in Nepal capturing the beautiful and exotic features of the land. Nepal would be the right place for people who are seeking the right place to make Tele Film, Feature Film, TV Serial, News and Documentaries on nature, culture, traditional livings, heritages and the adventure. Nepal offers an extensive platform for all aspects of filming; from Everest Photo Shoot, Annapurna Filming, and Photography in the Great Himalayan Range to National Park Filming and Wild Life Photo Safari. Essentials under the Government of Nepal Communication regulations for filming: All Film Production Units willing to film within the country of Nepal have to apply for permission with the Government of Nepal Communication providing full details of the sequences to be photographed in Nepal. The Royalties on particular type filming are listed in the Government of Nepal Communication regulations. The Unit shall operate in Nepal under the supervision of a Liaison Officer deputed by the Nepal Film Corporation and may hire equipments and services from the Nepal Film Corporation on mutually agreed term. Also the Unit shall not release the sequence filmed in Nepal until it is approved by the Royal Nepalese Diplomatic Office. The Unit shall provide to the Government of Nepal Communication a free copy of the sequences of the film photographed in Nepal. Facts (Government of Nepal Communication): · Government of Nepal Information and Communication depute a Liaison officer during the shooting of the film and the producer is liable for the Liaison Officer's ground or air transport, accommodation and daily allowance and all the necessary clothes, tools and medical facilities whilst in the mountainous region (Non-Refundable). · In case of accidents during the shooting period where the Liaison officer give in to injuries, the film producer must bear the cost of his/her medical expenses and a lump sum amount decided by the Compensation Decision Committee formed according to law which will not exceed Rs. 200,000. · The film producer shall make an arrangement of Rs. 300,000 worth of life insurance for the Liaison officer covering the entire tenure of outdoor shooting. The Liaison officer however will not work rather than monitor and observe of the filming. · Where the film producer is a foreign national he must apply for permission in the nearest Nepalese Embassy or Consulate General's Office before the public show. Royalties and fees concerning the film are paid on a particular account as told by the Commission after the permission is granted. · Where the film producer is a foreign national he/she must submit to the MOIC a copy of the film free of cost. · During the shooting of the film, the presence of Liaison Officer is compulsory. Required documents for processing of license: ·Application form as prescribed by the rules affixing Nepalese postal stamp of NRS 50. ·Abridgment of the filming story. ·Crew members with bio-data. Equipment list with values for custom clearance.